When you have a concrete surface that is cracked, broken, or uneven, it’s hard to use it for its intended purposes, from walking in your driveway to laying down flooring in the basement and putting furniture or a hot tub on your patio. You need a level surface that you can use. Concrete Leveling Technologies in Austin is your concrete repair experts. As the best concrete leveling contractor, we can make your concrete new and usable once again. Give us a call for a free concrete estimate today!

GET A FREE ASSESSMENT

GET A FREE ESTIMATE

You’re always fixing things around the house. As a dedicated homeowner, you would do just about anything to maintain your property. Foundation issues present a completely different challenge, though.

Maybe you’ve recently noticed cracks or sagging areas in the concrete. Whatever the case, you aren’t completely sure how to handle the situation. Should you try to learn as much as possible about concrete leveling and make it a DIY project? Or would it make the most sense to hire a professional?

At Concrete Leveling Technologies, our staff understands that foundation dilemmas can be an absolute nightmare. Keep reading to learn more.

WHEN SHOULD CONCRETE BE LEVELED?

It may take years to finally see the warning signs of a compromised foundation. Over time, you will start to see cracks in your slabs due to shifting and settling soil. Don’t be surprised if your family also has a difficult time closing doors and windows properly.

Here’s the thing: concrete is very heavy. Once the soil beneath your slab can no longer support that weight, there’s going to be a problem.

We are often asked if every foundation repair requires leveling. The short answer is no. Let’s say, for example, that your foundation consists of steel beams. In this case, foam leveling won’t get the job done.

Keep in mind that our concrete services are ideal for the following: 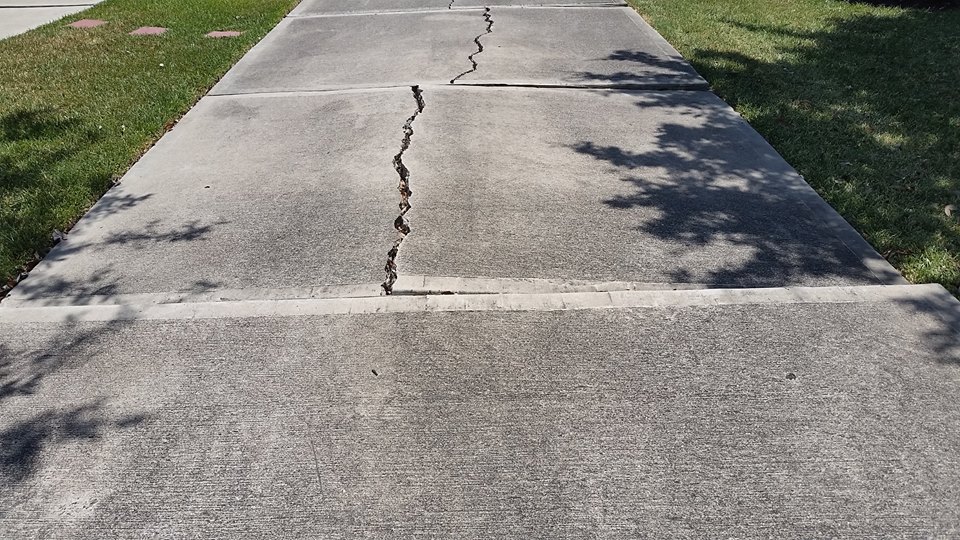 It goes without saying that a level foundation is crucial to the stability and integrity of any structure. Ultimately, your options come down to either mudjacking or polyurethane foam leveling.

Let’s take a long look at both of these techniques.

For decades, concrete contractors have relied on mudjacking.

This technique is relatively simple. Concrete is poured or pumped under an existing slab that’s been cracked to level out the different areas. From there, holes are drilled in the slab around the area that’s cracked or sinking. The final step of the process involves pumping new concrete into those holes to raise the level of the problematic area.

It’s important to know that mudjacking is an option for cement floor leveling, concrete patio leveling, and other similar projects.

So why do concrete repair companies continue to use mudjacking? The main thing is that it’s a fairly quick process.

What many homeowners don’t realize, though, is that mudjacking may not be ideal in every case. Perhaps the load-bearing parts of your foundation are causing problems. In this case, the thickness of the mud prevents it getting into every crack and being 100 percent effective.

Unfortunately, the soil does not stabilize properly and could sink again in the future. 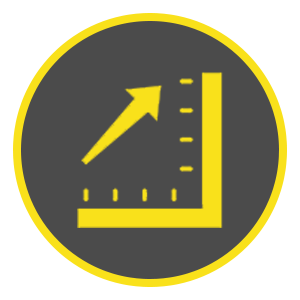 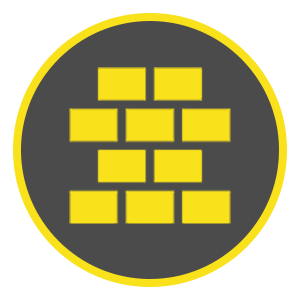 There are plenty of similarities between mudjacking and polyurethane foam leveling. What makes foam leveling a different technique, though, lies in the material injected through the holes.

Here’s how the process works: first, the foam is pushed under the concrete slab at higher pressure rates than the concrete used in traditional mudjacking. Once the foam expands, your foundation is lifted. Now that you have a general idea of both mudjacking and foam leveling, let’s consider the primary differences:

What's The Difference Between Mudjacking and Foam Leveling?

1. Mudjacking tends to be cheaper

As you can see on Home Advisor, cementitious grout for mudjacking costs between $2 and $5 per square foot. Meanwhile, polyurethane foam is a bit more costly depending on the size of the problem area. Maybe you’re thinking, “Since I’m on a tight budget, mudjacking makes the most sense.” This probably isn’t the best way to look at concrete repair.

If you want a long-term fix, then polyurethane foam is the more sensible option. Keep in mind that foam doesn’t retain moisture, which prevents the frost-heaving from which some foundations suffer. Not to mention, the light weight of polyurethane foam prevents future settling.

An experienced contractor will always advise customers to think of concrete solutions as an investment. The last thing you want to do is opt for the less expensive technique and then wind up having to pay for repairs a second time around.

Looking for an environmentally-friendly concrete solution? Then mudjacking may not be in the cards. With mudjacking, holes with a 1-2 inch diameter are required. It’s a much different story with polyurethane foam. First of all, the holes drilled in foam leveling are about ⅝ of an inch in size. That’s quite the difference if you ask us! Plus, the foam easily expands into hard-to-reach holes. It’s not uncommon for contractors to use fewer holes with polyurethane foam than mudjacking.

Are you prepared to wait weeks for your concrete to be back in service after replacement? This is another one of the pitfalls with mudjacking. Thanks to the fast-curing time of polyurethane foam, the impacted areas can be reopened to traffic immediately after the injection process. Polyurethane foam allows you to say goodbye to any sort of post-project inconvenience.

Traditional methods must account for shrinkage of material by over-lifting the area. You can feel comfortable knowing that polyurethane will never shrink. Why is this worth mentioning? Well, a contractor using polyurethane foam has nearly complete control over the lifting process. You wouldn’t leave your foundation to chance, would you?

Are you concerned about water penetration and erosion issues with your concrete in the future? Not to worry. Polyurethane foam seals the underside of concrete joints and cracks to eliminate either of these problems.

The compaction of base soils through the resistance of lifting the structure is an additional benefit. Interestingly, the material makes its way into the sub-base and actually binds soil particles together. Consequently, the base material is strengthened. 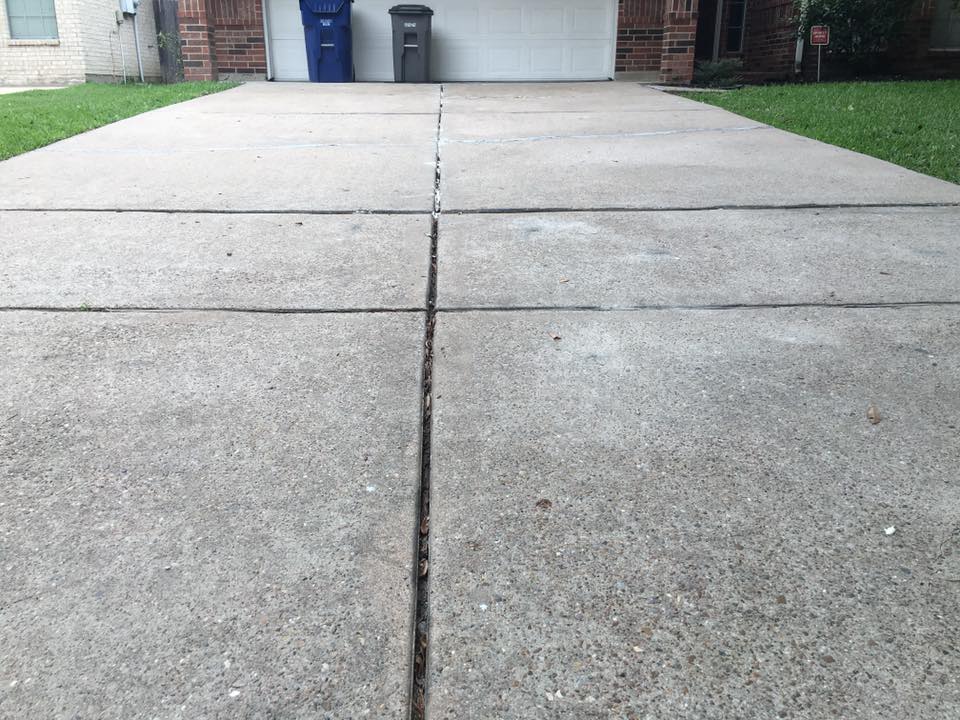 At Concrete Leveling Technologies in Austin, we are proud to use polyurethane foam to repair our clients’ settled concrete. Here’s a step-by-step process of what we do:

1. Before doing anything else, our contractor drills penny-sized holes into the slabs that need to be lifted. As aforementioned, these holes are significantly smaller and require fewer injection points than mudjacking.

2. Next, we inject a two-part polyurethane foam into the void. Part of what makes the foam so effective is that as it reacts and expands, the slab is effectively raised to their proper position.

3 .Our work isn’t quite done yet! You can count on us to seal the holes so that you have a nice, flat surface you’ve wanted for years.

You can count on us to level your settled, unstable concrete slabs. What’s our secret? It’s simple, really. By injecting a hydrophobic, geopolymer expanding foam beneath the concrete, we can raise it back to where it should be. Not only does the foam fill voids, but it also lifts to provide a stable base for the long-term.

More and more residents in central Texas are turning to us because of our process. Rest assured that our services and products are environmentally-friendly. There’s no need to worry about anything breaking down or releasing harmful chemicals into the soil. Concrete slab leveling is ideal for everything from driveways and sidewalks to parking lots and loading docks. 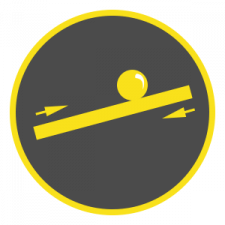 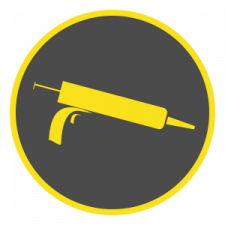 Before we go on any further, maybe you’re wondering, “What the heck are expansion joints?” Typically, they’re wooden 1 x 4’s inserted during construction to compensate for expansion and contraction due to temperature changes.

The majority of homeowners don’t realize that their expansion joints deteriorate over time. As a result, water can easily get under the concrete slab. The domino effect is an uneven, settled surface.

When there’s an issue with your expansion joints, we recommend contacting Concrete Leveling Technologies. Our seasoned professionals can replace the expansion joints so they no longer do damage to your foundation.

First, we remove the rotted wood from the joints and clean them out accordingly. After taping around the joint, our contractor fills it with a silicone-based caulk. Doing so creates a watertight seal that expands and contracts along with the slab to keep any water out.

Did we mention that the seal is also UV-resistant? So even in the Texas heat, your expansion joints will remain in good shape.

Cracks in concrete are never a good anything.

In addition to being unsightly, cracks can grow as time goes on. Don’t just let the problem worsen. Get in touch with Concrete Leveling Technologies today and let us seal those cracks for you. 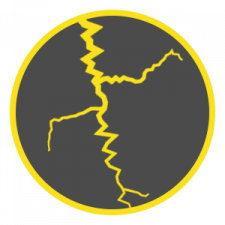 WHY CHOOSE OUR CONCRETE LIFTING TEAM?

There are a number of concrete leveling contractors in central Texas. So why go with Concrete Leveling Technologies? Here are just a few reasons:

We’re guessing you wouldn’t hire just anybody to perform foundation work. That said, plenty of homeowners make the mistake of selecting an inexperienced concrete contractor. What’s worse is that some folks try to turn their settled concrete into a DIY project. We can’t emphasize this enough: think of your concrete as an investment. Should you try to sell your home in the future, uneven or settled concrete is likely to scare off prospective buyers. Our team has nearly a decade of experience in this industry. It’s safe to say that we know concrete like the back of our hands.

You want a contractor who’s going to do top-notch work. At Concrete Leveling Technologies, we go above and beyond to ensure that your project is handled the right way. Whereas competitors might settle (pun intended) for a “band-aid” approach, we strive to provide long-term, functional solutions.

We touched on this earlier but it’s worth mentioning again. The polyurethane foam we use ensures that your slab lasts the test of time. Something else customers appreciate is that our products won’t compromise the environment. By no means should you be concerned about the foam breaking down or releasing harmful chemicals into the soil.

You shouldn’t have to break the bank in order to hire a professional concrete contractor. If you’re looking for bottom-of-the-barrel, cheap prices, then it’s probably a good idea to move on with your search. However, if you’re interested in a concrete service that’s going to deliver incredible value, you’ve come to the right place. Let us help you get the most bang for your buck.

You shouldn’t have to deal with a contractor who won’t even give you the time of day. As a family owned and operated business, customer needs are always our No. 1 priority. We understand that talking about concrete leveling solutions might seem like a foreign language. Not to worry! Our experienced team will discuss the details of your project in a way that’s easy to understand. Have questions along the way? We will answer every single one to the best of our ability. One more thing here: we believe in giving back to the community whenever possible. It’s why we are proud to offer a 10 percent discount to all veterans, firefighters, teachers, and law enforcement personnel.

Still uncertain if you should give us a call?

Take it from one of our recent customers.

“Austin was very professional. The testing he provided with his explanation of what needed to be done was very thorough and explained in simple language I could understand. The job was completed in a professional and complete manner in a little less time than what was anticipated. I would recommend them to anybody I know in the future that needs their services.”
- G. Dowdy

What are you waiting for? Reach out today for a free estimate.

Ready to get started? 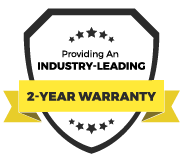