Imagine what society might look like without concrete. For one thing, we wouldn’t have the convenience of highways and sidewalks. It would also be incredibly difficult to construct some of today’s skyscrapers without such important man-made materials.

Concrete is one of those things we rarely think about, yet rely on every single day. Here are some interesting, little-known facts about concrete: 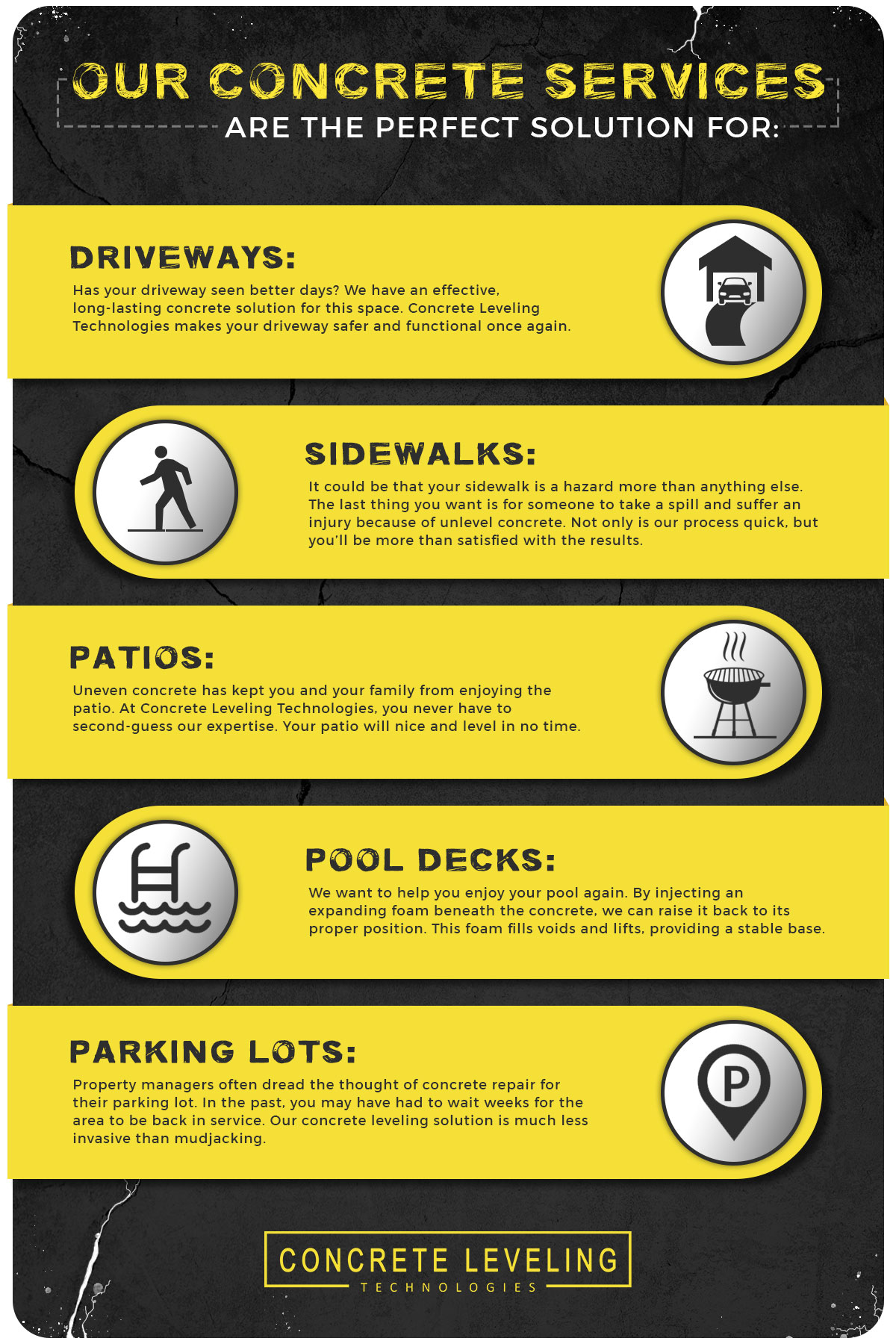 Now that you know more about concrete, what’s your familiarity with concrete repair? There’s no question that sinking concrete can spell disaster for your property. Fortunately, the professionals at Concrete Leveling Technologies can help.

For years, residents in Austin and throughout central Texas have relied on our expertise when it comes to concrete leveling and repair services. You can count on us to walk you through the concrete leveling process and answer any questions you may have.

What sets us apart, though, is our concrete repair method. Unlike other local concrete contractors who depend on invasive tactics such as mudjacking, we use polyurethane foam. Basically, as the foam reacts and expands, the concrete slabs are raised back to their proper position.

There’s no mess to worry about and, once you’re done, you will have a level surface you always wanted.